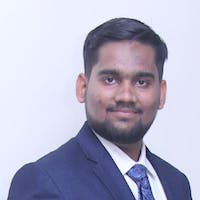 You might get an idea of what a word frequency counter would be. Basically, a platform where you write something and it gives out the frequency of each word in that paragraph. We will build this in the simplest manner with not much CSS styling and keeping simple to understand.

So now let's start right away:-

The basic idea while building the app was to have two separate components for the entire react app, one containing a text area and secondly a result section where the count of each word appears dynamically.

You can follow along with the code here:- link

So now iterating over the core React concepts used:-

In Input.js is being used to set the input text from the user to a predefined empty text which will be then passed to the results component.

The event called onChange is used, basically, whenever there is a change in the text area the useState hook comes into action and sets the text.

When we have a list of keys and their count, we have to iterate through each and show the result for each and we use the map to do so

Props are basically data that can be passed to the children and the same happens for Input and Result. We pass Input data to the result to show the output.

here text is the prop passed.

Objects are used basically to keep track of the count of each word.

Yeah, that's it for this project. I am working on a bunch of other small projects. Will be following the same structure to introduce it to you. Stay tuned!!